Commercial cleaners are perhaps the quickest ways to clean your house, and these products are readily available in any nearby market. But are they safe for the environment and your health? No! They are not. This is because most of them have harmful chemicals that can cause serious health issues. But there are some excellent ways to stay away from such chemicals. Here is an article about how to avoid chemicals in your home. I found this article very useful and thus sharing it here with everyone! The post has information about natural alternatives that are safe and effective. Read the article here!

The Sydney Opera House honored Australian firefighters over the weekend with a moving tribute.

For several hours on Saturday evening, the performing arts center illuminated its iconic sails with images of firefighters battling bushfires across the country.
One of the images was a simple, hand-painted sign that had heart shapes and read “THANK YOU FIRIES.”
“We want to send a message of hope and strength, and importantly to thank the emergency services and volunteers for their incredible efforts and courage,” the opera house said on Twitter. 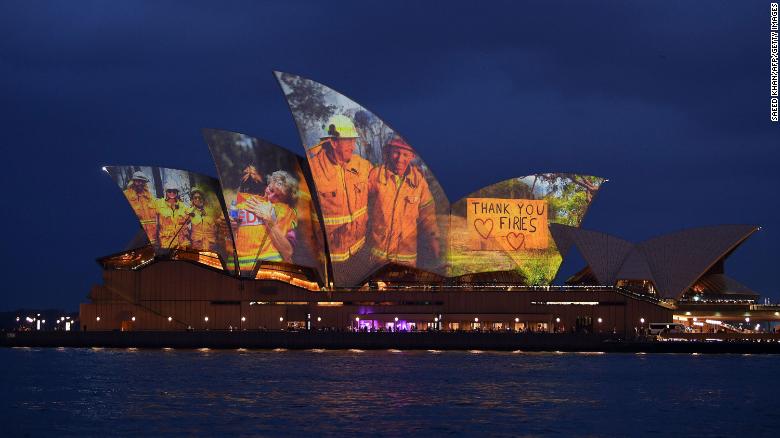 Australia calls itself the Lucky Country, a nation so fortunate in geography and natural resources that it hasn’t had a recession in nearly three decades.

But the deadly wildfires raging through large parts of the country are slowing tourism and other key sectors that contribute to its impressive economic growth.

“Just the area of Australia that’s now impacted is unheard of. So we are in uncertain territory,” says Martin North, principal at the research firm Digital Finance Analytics.
The wildfires have killed more than two dozen people more than a billion animals. They’ve destroyed more than 1,800 houses, an untold number of commercial buildings and thousands of acres of prime farmland, according to the Insurance Council of Australia. 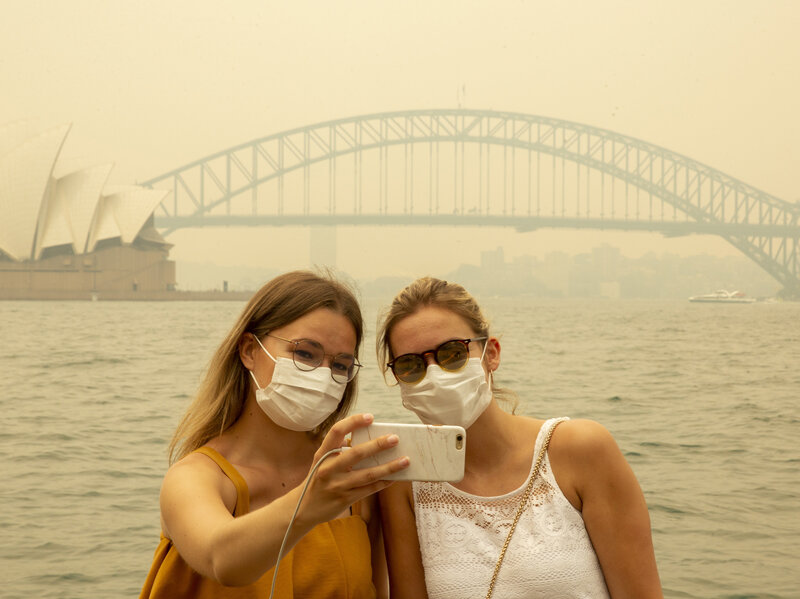 Banished Wallabies star Israel Folau wept while speaking in a Sydney church and openly wondered why it had taken a catastrophe like the Australian bushfire crisis for people to turn to God.
Addressing The Truth of Jesus Christ Church on the weekend, Folau regularly choked up during an emotional 17- minute sermon.
He said Australians should have turned to Jesus before bushfires ravaged the nation. 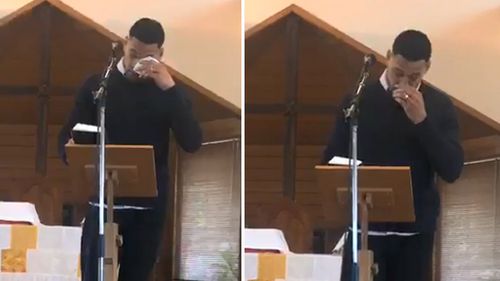 Bushfires, heat waves and a decaying energy generation and transmission system is increasingly undermining Australia’s national security, the economy and the lives of every day Australians – addressing this ‘perfect storm’ of challenges will be critical to the nation’s security into the 2020s.

With growing concern about Australia’s energy security and resilience, the idea of Australia emerging as the next energy superpower may seem far-fetched, particularly as the nation’s existing energy generation and transmission grid comes under increasing pressure due to growing demand and ageing infrastructure. Whether you are a season mover or a first-timer, to make moving smooth, you need to keep in mind 8 common things people forget during a house move. You may think everything is under control but on the moving day, lack of preparation and planning causes a lot of stress and unnecessary chaos. So, in order to keep everything in check, make a list of tasks that need to be completed. Assign deadlines and involve everyone in the family. Besides this, take professional help. Hire a reputed removalist and end of lease cleaning company in Melbourne. Read on… https://www.betterremovalistsmelbourne.com.au/8-common-things-people-forget-house-move/

The proportion of voters nominating global warming and the environment as their top issue is at an all-time high, helping Labor win votes at the May 2019 election despite its shock loss.

That is the conclusion of the Australian National University’s election survey, released on Monday, explaining the result was caused instead by an erosion of Labor’s working class base and the Coalition’s perceived advantage on the economy and taxation. 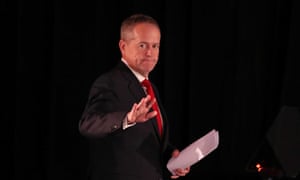 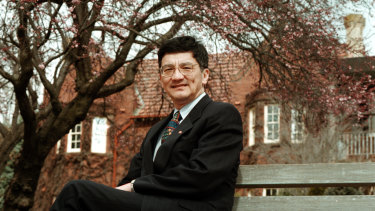 A public memorial will be held for former senator Tsebin Tchen, the first Asian-born migrant elected to Australian parliament, who died last month.

Mr Tchen died on November 25 in a three-vehicle crash on the Dukes Highway near Tintinara, in South Australia’s southeast.

The public memorial will be held at the Melbourne Town Hall on December 18 at 10am.

Australia has not imposed death taxes for almost 40 years.

After then Queensland premier Sir Joh Bjelke-Petersen abolished them in the late 1970s, the other states and Commonwealth quickly followed.

But what some Australians may not realise is that, when you die, your tax bills do not just disappear.

He said about 18 months ago one of the cases that he took on was for a family member of a man who died, and at the time of his death, had not lodged a tax return for 31 years.

“He was running two businesses in his name as a sole trader,” Mr Raspin said.

“A family member now has responsibility to deal with it [the outstanding tax returns].

“We had to go back and reconstruct as many years as we could — going through bank statements and so on — and then had to go to the tax commissioner to deal with these issues.”